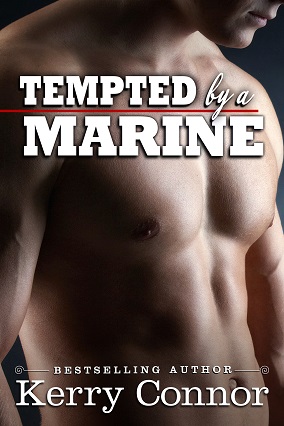 Erin Wyatt had never wanted anyone the way she wanted Mike Keller. Too bad the man was a major pain in the ass. Keller seemed to think it was his responsibility to look after the sister of the man who’d saved his life. The last thing Erin wanted was a hardass Marine trying to play big brother—especially when there was nothing sisterly about the way she was looking at him…

Keller owed a debt of honor to the fellow Marine who’d given his life for his. That meant the man’s sister was strictly off-limits. But the one woman he was duty-bound to stay away from was the only one he wanted—and in a battle between honor and the heart, sometimes the heart can’t be denied…

About the Book
The first novel in the A Few Good Men series, Breaking All the Rules, originally featured a subplot where the hero helped the widow of one of his fellow Marines pack up her house as she prepared to leave San Diego. It was one of my favorite parts of the book, but ultimately, it covered some of the same ground as another subplot, so I had to cut it. The characters still stuck with me, though, and even though Boomer wasn’t real and hadn’t actually died, he and Pam and their family were real to me. I wanted to be able to share at least a part of that story, so I developed this one from the pieces of that subplot, a story about those who didn’t make it home—and those who did. I hope you enjoy it.