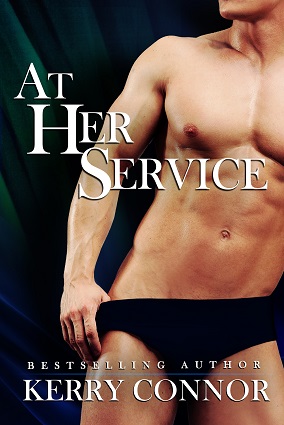 Struggling writer Jess Harper thought her Aunt Felicity’s secluded hideaway in the Hollywood Hills would be the perfect place to finish her manuscript. She didn’t count on Charlie. Blond, buff and bronzed, he lives in Felicity’s guest house and earns his keep by taking care of Felicity when she’s in residence and the property in her absence. He cooks and cleans, seems to have an aversion to wearing clothes, and makes it known he’s willing to cater to Jess’s every need. He’s a distraction she doesn’t want…and a temptation she might not be able to resist.

He’s also not who he appears to be…

Recovery agent Caleb Carpenter is known for doing whatever it takes to reclaim the treasures his employer insures. He’s perfectly willing to seduce Jess to uncover the secrets he believes she’s keeping.  He doesn’t count on this game of seduction becoming all too real, or on the danger that’s stalking them both….

About the Book
Warning: This book may be a bit…scandalous.

At least that’s the reaction I received when I set about getting it published. With this story, I wanted to write something light and fun, combining the twisty suspense and identity games I love with a sexy premise I thought was a bit daring. Too daring, evidently. When I finished the book and sent it off into the world, it was shot down time and again because of the premise.

Well, I already had.  Now, should I have done it? That’s another question entirely, one readers can now decide for themselves!