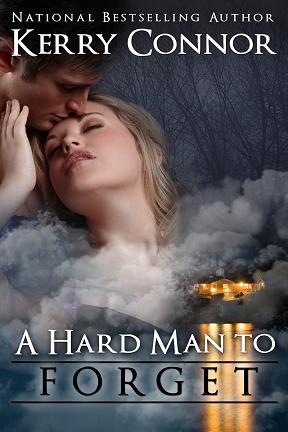 Laura Morgan spent two years searching for the truth about her past, ever since the vicious attack that robbed her of her memory and her identity. But just when she’d nearly given up on ever finding answers, she found herself captured by a tall, dark stranger who claimed she was his wife.

Three years ago, Simon Randall’s wife Meredith mysteriously disappeared without a trace. Nearly everyone believed she was dead, drowned in the dark waters of the lake behind their home, her body never recovered. Only Simon believed she was still alive, and when he found Laura, he was convinced he’d been right.

Determined to get the truth, he swept her away to his isolated home. Simon struck a chord in her unlike any man she could remember, but was she his wife? The more she learned, the more she began to wonder if this was a life she would want to remember, especially when the attempts on her life began.  Someone wanted Meredith to stay dead permanently this time–and the only person Laura could turn to was her “husband.”

About the Book
A HARD MAN TO FORGET is one of the first books I ever wrote and remains a favorite of mine.  I’m a big fan of the classic gothic style and wanted to write a contemporary romantic mystery with that kind of darkly compelling romance and atmospheric suspense.  As I developed the story, I poured my love of the old gothic tropes into it: the dark, brooding hero; the vulnerable heroine drawn to a man she isn’t sure she should trust; the isolated setting; the moody tone.  Of course, I wanted to put my own twist on them.  In the gothic tradition, if the hero was married before the story began, the marriage was usually unhappy, and his wife—whether the heroine before the book began or a previous wife—often wasn’t a very nice person.  So I wanted the hero and his wife to have genuinely been in love, which would only enhance the mystery of why she disappeared. I also wanted to create a mystery that would truly keep the reader guessing about the heroine’s identity. Is she the hero’s long-lost wife…or isn’t she?

Like most of my earlier manuscripts, the book was originally targeted for Harlequin Intrigue.  Unfortunately, the story wasn’t quite right for them, and it wasn’t until my next submission, STRANGERS IN THE NIGHT, that I made my first sale to the line.  As time went by, I was afraid this story would never see the light of day.  I’m so happy to finally be able to bring it to readers.